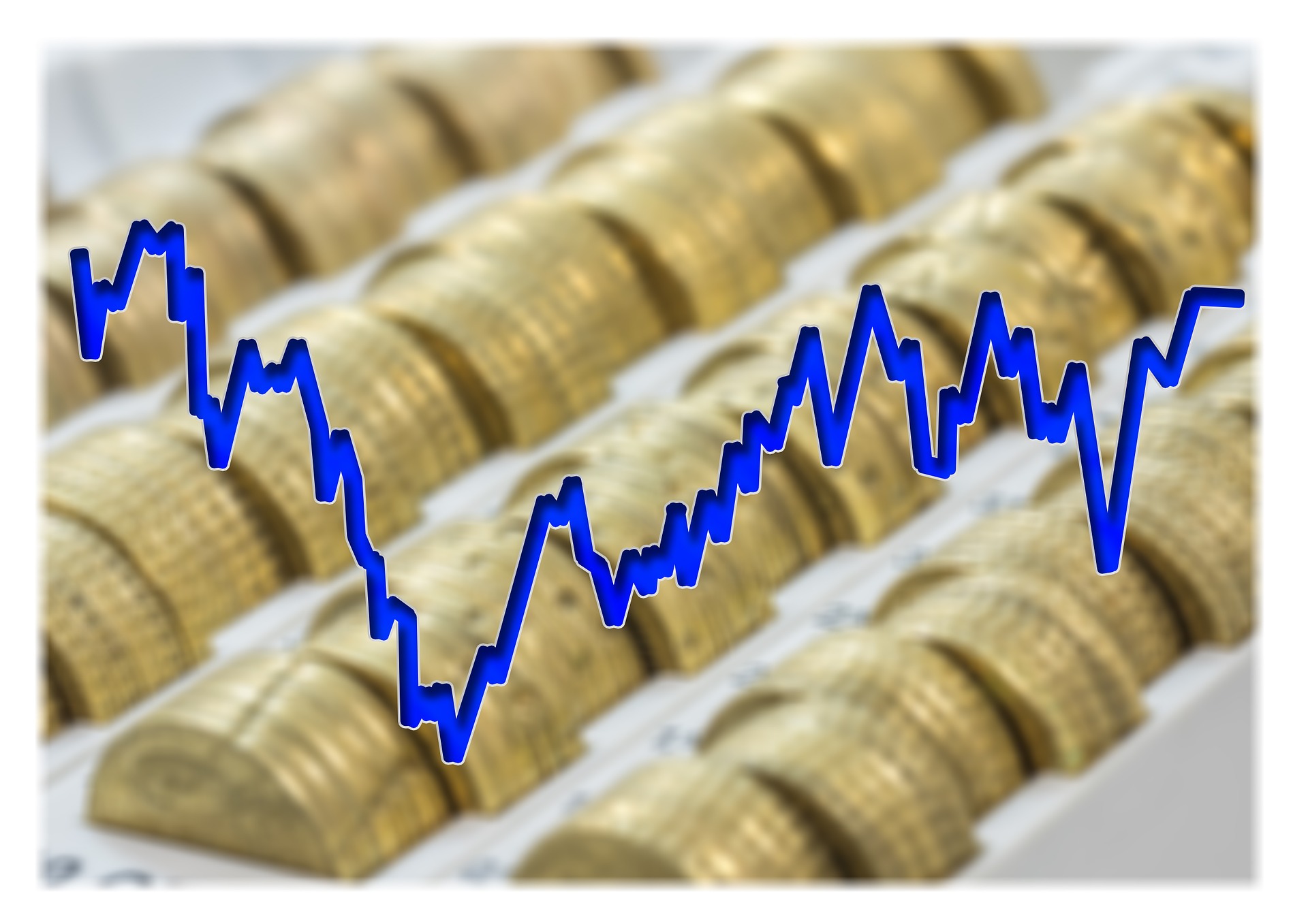 According to the April Bank Lending Survey (BLS), conducted by the ECB, euro area banks expect to see further increases in demand for housing loans (+10%) as well as consumer loans (+18%) while the demand from enterprises is expected to moderate somewhat in the second quarter of 2019.

The surge in housing loan demand is mainly driven by the continued “low-for-long” rates environment and to a lesser extent by consumer confidence and favourable housing market prospects. For consumer credit and other lending to households, low level of interest rates and spending on durable goods contributed positively to demand while consumer confidence had a neutral impact during the last quarter, following a positive impact since the second quarter of 2014.

What are the main consumer risks in Sweden, according to the Swedish Financial Supervisory Authority? Read more in my recent blog post.

It seems that the FED's “Patient” stance on further rate increases, in combination with the ECB's asset purchase programme, are having positive effects on the general interest rate levels as well as the bank’s liquidity and funding situation. This enables further margin tightening for loans through increased competition among the banks, fuelling loan demand further. But there is a drawback, the negative impact this has on the banks' by historical measures, already low profitability levels, as indicated below: 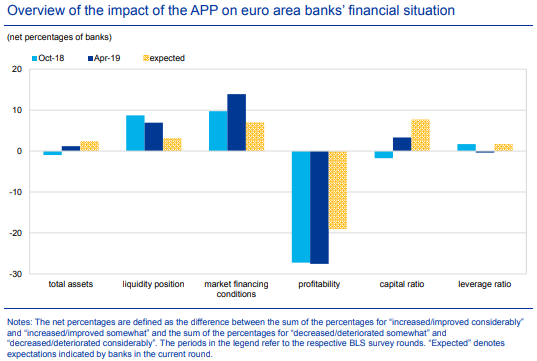 On the other hand, the latest bank lending survey points towards a higher net rejection rate for all loan categories and in particular for housing loans. Net demand for housing loans continued to increase in all large euro area countries except for Italy where it remained unchanged. 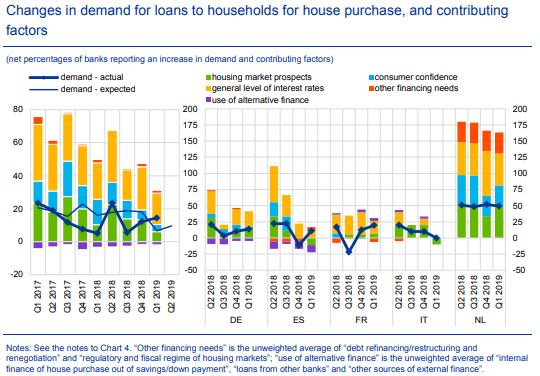 We see this as natural given the elevated government debt to GDP ratio of close to 130 %, the yet to be seen track record of the incumbent Government's budget discipline and the fact that Italy is, technically, in recession already. Italy is also home to the largest amount of NPLs (Non-Performing Loans) in the euro zone, with approximately EUR 150bn still on the banks' balance sheets.

In the January 2019 bank lending survey, euro area banks reported that their NPL ratios had a tightening impact on their credit standards and expected this to continue across all loan categories. 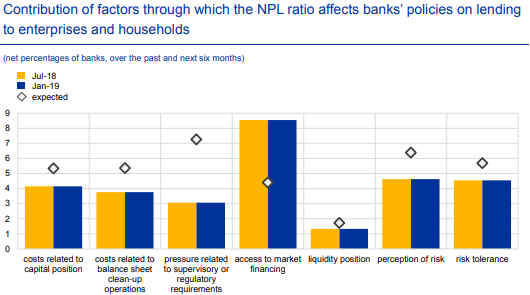 There are a range of factors impacting banks related to NPLs, not only regulatory and supervisory but also costs related to balance sheet clean-up and banks access to market financing. These are all having a tightening impact on their lending policies.

Given the large amounts of outstanding NPL in the euro area and an incoming amendment to the Capital Requirement Regulation 575/2013, through a prudential NPL back-stop facility, likely entering into force later this year, it is natural that the supply of NPL portfolios will increase throughout the European Union during the course of the coming years. 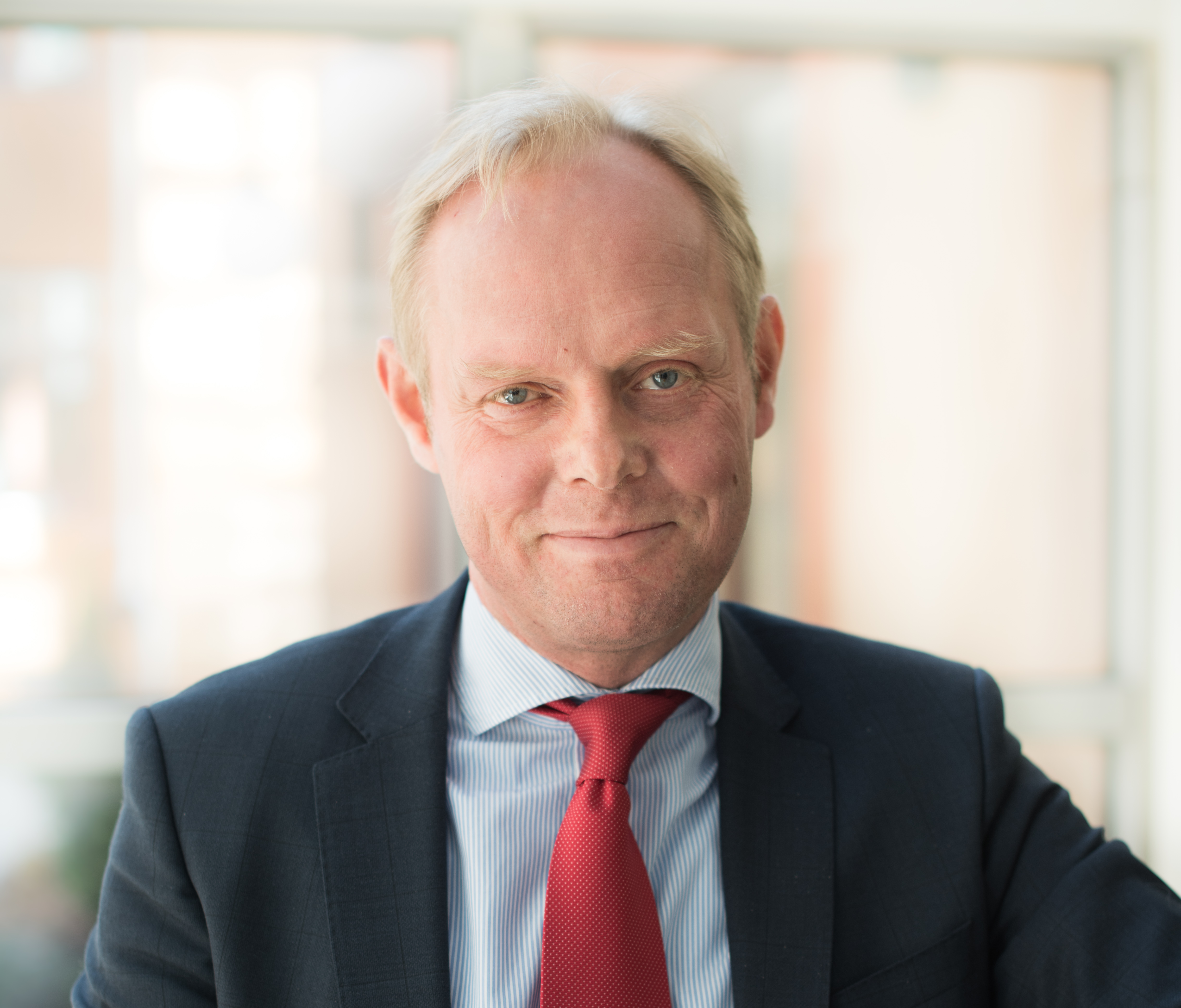